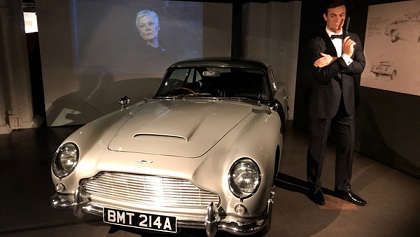 The vehicle is reportedly worth up to $25 million. It was owned by American businessman Anthony Pugilese when the car was stolen.

Pugilese had been accussed of arranging the theft of the vehicle as part of an insurance scam. Allegations which he has always denied. Pugilese bought the vehicle at Sotheby's, New York for $275,000 in 1986. The company are offering a $100,000 reward in exchange for information leading to the car's safe return.

The insurance company paid out a huge $4.2 million when it went missing back in 1997.

Art Recovery International, a group who hunt down high end items, reportedly found the car. The Telegraph reported that the car was identified through its serial number.

It also emerged that the car was found in a "private setting", with places like Saudi Arabia, Kuwait, Bahrain, and Dubai marked as "particular areas of interest".

"Do the right thing"

The chief executive of Art Recovery International Christopher Marinello also had this to say.

He said, “I’m hopeful that the possessor will come forward voluntarily before I have to make an announcement”.

“It’s my policy to give possessors of stolen and looted objects every opportunity to do the right thing", he added. “I don’t believe the current possessor knew the car was stolen when he or she acquired it. Now they do know, I think they should make every effort to have a discreet confidential discussion about how we clear the title to this iconic vehicle”.