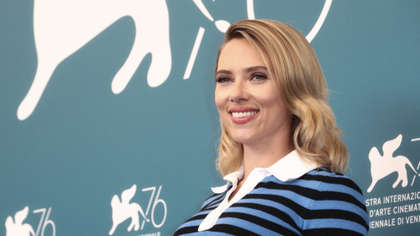 Scarlett Johansson and Disney have settled a lawsuit regarding the movie Black Widow.

The 36-year-old star filed a lawsuit against the Disney company in July.

Johansson claimed she lost as much as $50 million when Disney decided to put Black Widow on their Disney+ streaming service on the same day it was released in cinemas. The film could be purchased for home viewing by Disney+ subscribers and has reportedly made over $60 million from streaming purchases, but Johansson received no share of its streaming profits.

Johansson alleged that Disney assured her the movie was guaranteed an exclusive theatrical release. The actress's deal with Disney stated that she would receive a share of the box office takings. Johansson asserted that simultaneously releasing Black Widow for home viewing, which led to the film being immediately pirated, greatly damaged its box office performance.

Black Widow has earned close to $380 million at the global box office to date, a figure far lower than the takings for most Marvel movies, which regularly break the billion dollar mark. Of course, Black Widow was released during the pandemic, with cinema attendances significantly down on pre-pandemic figures.

In the lawsuit, Johansson states her belief that Disney purposely attempted to guide viewers towards watching Black Widow on Disney+ so as not to have to pay her a share of the takings.

On Disney+ "it [the Disney company] could keep the revenues for itself while simultaneously growing the Disney+ subscriber base, a proven way to boost Disney's stock price," the lawsuit asserts.

"The company not only increased the value of Disney+, but it also intentionally saved Marvel (and thereby itself) what Marvel itself referred to as 'very large box office bonuses' that Marvel otherwise would have been obligated to pay Ms. Johansson," the lawsuit continued.

An attempt by Johansson's agents to renegotiate their client's contract was unsuccessful as Marvel and Disney refused to engage in talks.

"Why would Disney forgo hundreds of millions of dollars in box office receipts by releasing the picture in theatres at a time when it knew the theatrical market was 'weak,' rather than waiting a few months for that market to recover?" the lawsuit asked, questioning Disney's motivations. "On information and belief, the decision to do so was made at least in part because Disney saw the opportunity to promote its flagship subscription service using the Picture and Ms. Johansson, thereby attracting new paying monthly subscribers, retaining existing ones, and establishing Disney+ as a must-have service in an increasingly competitive marketplace."

Johannson's legal team cited a 2019 email sent to the actress's agents by Marvel Chief Counsel Dave Galluzzi, who assured them that the film would receive an exclusive theatrical release.

"We understand that should the plan change, we would need to discuss this with you and come to an understanding as the deal is based on a series of (very large) box office bonuses," Galluzzi wrote in his email.

Disney initially dismissed Johansson's claims, pointing out that she was paid $20 million for her role in the film.

"The lawsuit is especially sad and distressing in its callous disregard for the horrific and prolonged global effects of the COVID-19 pandemic," Disney wrote in their response. "Disney has fully complied with Ms. Johansson's contract. Furthermore, the release of Black Widow on Disney+ with Premier Access has significantly enhanced her ability to earn additional compensation on top of the $20M she has received to date."

It has now been announced that Disney has agreed a compensation deal with Johansson. While the details of the deal have not been made public, entertainment news outlet Deadline reports its value at being worth more than $40 million.

"I am happy to have resolved our differences with Disney,' Johansson announced via a statement. "I'm incredibly proud of the work we've done together over the years and have greatly enjoyed my creative relationship with the team. I look forward to continuing our collaboration in years to come."

"I'm very pleased that we have been able to come to a mutual agreement with Scarlett Johansson regarding Black Widow," said Disney chairman Alan Bergman. "We appreciate her contributions to the Marvel Cinematic Universe and look forward to working together on a number of upcoming projects, including Disney's Tower of Terror."