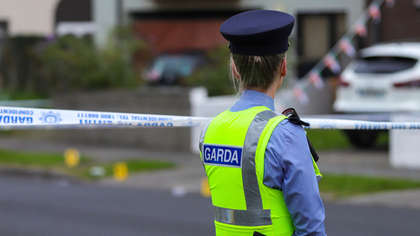 Gardaí are investigating the possibility that murder victim Michael Tormey may have been killed following a row at a house party.

Tormey was shot dead early Sunday morning in the Thomond Road area of Ballyfermot. He is not believed to have any involvement with criminality.

Gardaí are looking into the possibility that he may have been killed in the aftermath of an altercation at a house party.

Tormey had been drinking in a local pub before later heading to a house party. He is said to have asked some people to leave the house after an argument broke out and may have been killed in an act of revenge.

Gardaí are investigating how a gun was sourced in the short amount of time between the row at the party and Tormey's murder.

Ballyfermot locals gathered at the Markievicz Community Centre to pay respects to Tormey this afternoon.

"The whole area is deeply shocked and saddened," she said. "Nobody could put together yesterday as to how this could happen… this shouldn’t affect anybody’s family, but in particular with Michael – it was just such a shock. And it’s just really hard to piece all the pieces together and see why would this happen in our community."

Gardaí have asked anyone with relevant information to contact Ballyfermot Garda Station on 01 666 7200, the Garda Confidential Line on 1800 666 111 or any Garda station.