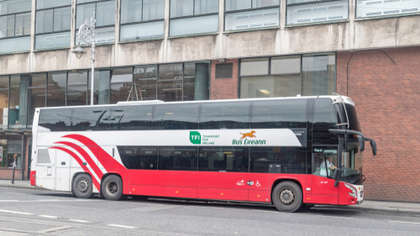 Bus Eireann has cancelled one of its Limerick services due to "persistent anti-social behaviour" at the O'Malley Park estate on the city's Southside.

The National Transport Authority (NTA) revealed the decision to cancel the evening service at its monthly metropolitan district meeting. The issue will be reviewed again in the coming weeks by the NTA and Bus Eireann.

The 303 service had been restored in January after a decade out of operation. It was operating from 6pm in the evening before being withdrawn.

Local residents had complained that the service was too sporadic.

Bus Eireann said the decision to scrap the service was out of fears for the safety of their drivers.

Limerick has seen bus routes cancelled due to anti-social behaviour in the past. Last week a bus had its window smashed when a youth threw a stone as it travelled on Carey's Road.

Fine Gael councillor Sarah Kiely expressed her dissatisfaction with the cancellation of the service.

"It is not okay to isolate communities," she said. "We are doing them a disservice. The gardaí need to be involved. The NTA need to come in. We need a multi-faceted approach into keeping communities connected. Words fail me they’ve been through this again with no notice."